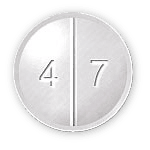 Etambutol is a prescription medication used to treat tuberculosis (TB). Etambutol belongs to a group of drugs called antimycobacterial antibiotics. TB is caused by a certain bacteria. Etambutol works by stopping the bacteria from forming a cell wall, which kills the bacteria.

This medication comes in tablet form. It is taken once a day with or without food.

Common side effects of Etambutol include loss of appetite, upset stomach, and numbness or tingling in hands and feet.

Initial Treatment: In patients who have not received previous antituberculous therapy, administer Etambutol 15 mg/kg (7 mg/ lb) of body weight, as a single oral dose once every 24 hours. In the more recent studies, isoniazid has been administered concurrently in a single, daily, oral dose.

Retreatment: In patients who have received previous antituberculous therapy, administer Etambutol 25 mg/kg (11 mg/lb) of body weight, as a single oral dose once every 24 hours. Concurrently administer at least one other antituberculous drug to which the organisms have been demonstrated to be susceptible by appropriate in-vitro tests. Suitable drugs usually consist of those not previously used in the treatment of the patient. After 60 days of Etambutol administration, decrease the dose to 15 mg/kg (7mg/ lb) of body weight, and administer as a single oral dose once every 24 hours.

If you take too much Etambutol, call your local Poison Control Center or seek emergency medical attention right away.

The most common side effects associated with Etambutol are:

Be sure to use Etambutol for the full course of treatment. If you do not, the medicine may not clear up your infection completely. The bacteria could also become less sensitive to this or other medicines. This could make the infection harder to treat in the future.

Intussusception is the most common cause of intestinal obstruction in children, with a peak in children 5 to 7 months of age. Identifiable causes are found in 90% of adults, whereas in infants and young children the majority are idiopathic. We report a case of abdominal tuberculosis (ATB) presenting as an ileocolic intussusception in an infant. A 6-month-old infant presented with features of acute intestinal obstruction. Peroperatively, ileocolic intussusception was found. Histological examination revealed caseating epitheloid cell granulomas with positivity for acid-fast bacilli. Only 3 cases of ATB presenting as intussusception have been previously reported in the literature, with only 1 case presenting in a child. This appears to be the 2nd case of ATB presenting as an intussusception in a child and also in an infant. Tuberculosis should also be kept in the differential diagnosis of lead point of intussusception, even in the age group in which most cases are idiopathic, especially in endemic areas.

Patients with clinical infections caused by the Mycobacterium avium complex (MAC) are treated for at least 1 year following sputum conversion with a regimen that suffers from a suboptimal cure rate. The correlation between clinical outcome and drug susceptibility testing breakpoints other than for the macrolides is regarded to be poor. A systematic evaluation of clinical breakpoints for MAC has not been performed so far; thus, the aim of this study was to initiate the process by establishing minimum inhibitory concentration (MIC) distributions.

In this case the spontaneous regression after the third relapse may represent better control of the ulcerative colitis. An infection seems less likely retrospectively.

A 46-year-old woman developed a right pleural effusion 8 weeks after standard chemotherapy for tuberculous pleurisy on the left side had been started. Pleural biospy demonstrated caseous granulomatous changes. The patient improved following continuation of the same treatment.

Isolates from 1,706 persons collected during 1,721 episodes of tuberculosis were genotyped. Cluster members from the selective DOT county were more than twice as likely than cluster members from the universal DOT county to have at least one isolate resistant to isoniazid, rifampin, and/or ethambutol (OR = 2.3, 95% CI: 1.7, 3 Cefadroxil Kid Tablet 250 .1). Selective DOT county isolates were nearly 5 times more likely than universal DOT county isolates to belong to clusters with at least 2 resistant isolates having identical resistance patterns (OR = 4.7, 95% CI: 2.9, 7.6).

The sigF gene encodes an alternate sigma factor found in Mycobacterium tuberculosis and related pathogenic mycobacteria. Determination of conditions of sigF expression is an important step in understanding the conditional gene regulation which may govern such processes as virulence and dormancy in mycobacteria. We constructed an in-frame translational lacZ-kan fusion within the sigF gene to determine the conditions of sigF expression. This reporter construct was expressed from a multicopy plasmid in a strain of BCG harboring an integrated luciferase reporter gene under the control of the mycobacteriophage L5 gp71 promoter. Antibiotic exposure, in particular, ethambutol, rifampin, streptomycin, and cycloserine treatment, increased the level of Cefadroxil Pill SigF reporter specific expression in a dose-dependent fashion. The level of SigF reporter specific expression increased over 100-fold in late-stationary-phase growth compared to that in exponential growth. During the exponential phase, SigF specific expression could be induced by a number of other stresses. Anaerobic metabolism induced SigF by greater than 150-fold, particularly in the presence of metronidazole. Cold shock increased the level of SigF specific expression, while heat shock decreased it. Oxidative stress was also an important inducer of SigF specific expression; a greater induction was seen with cumene hydroperoxide than with hydrogen peroxide. Comparisons of bacterial viability as determined by the luciferase assay or by plating serial dilutions revealed that luciferase gp71-dependent activity was an unreliable predictor of the numbers of CFU during stationary-phase growth and anaerobic metabolism. The induction of sigF following antibiotic exposure suggests that this bacterial transcription factor may control genes which are important for mycobacterial persistence in the host during chemotherapy.

The three methods viz., proportion methods with L-J, Middlebrook 7H11 agar and the E test concurred fully in 57 isolates (76%). Association between L-J and Middlebrook 7H11 agar methods was 59 per cent. E test and the L-J methods did not differ significantly for all the drugs. The finding show that the E test method is superior to the other two methods in terms of simplicity of performance and the rapidity of results. Another advantage is that the Azithromycin Tablets For Std MIC values can also be obtained simultaneously by this method.

In 2006, five Asian elephants (Elephas maximus) were imported to Taronga Zoo, Australia, from Thailand. Pre-import and initial postarrival tuberculosis screening was performed by trunk wash (TW) culture and was negative for Mycobacterium tuberculosis. In April 2009, the ElephantTB STAT-PAK (SP) assay was used to test the elephants. A 15.5-yr-old pregnant cow was reactive. TW frequency for this cow was increased from annually to quarterly. TW cultures remained negative on all other elephants. In February 2010, the Dual Path Platform (DPP) VetTB assay was used for the first time, and the SP-reactive cow also reacted on the DPP. A SP was run concurrently and was reactive. All other elephants were nonreactive on both assays. Treatment was not initiated due to concern about the effect of antituberculous drugs on the fetus. Quarterly TW cultures continued. The cow gave birth on 2 November 2010. A routine TW on 24 November 2010 was culture positive for M. tuberculosis. Although previous shedding could not be ruled out, reactivation of latent infection or exacerbation of subclinical disease due to parturition was suspected. Treatment with isoniazid, pyrazinamide, rifampicin, and ethambutol commenced. A 12-mo treatment course was completed within a 15-mo period. The isolate was susceptible to these drugs and genotyped as a Beijing strain. Stored serum samples from 2004 and 2006 were tested retrospectively and were reactive on SP and DPP. TW, SP, and DPP screening frequency increased to monthly for the positive cow on commencement of treatment in January 2011. Monthly serum biochemistry indicated drug-induced hepatitis. Therapeutic drug monitoring was conducted to ensure therapeutic levels were achieved. The infant calf was Avelox 600 Mg reactive on DPP, but TW culture negative, and was not treated. Serial DPP results for the cow and calf during and after treatment indicated that the antibody levels were declining, suggesting a favorable response to therapy in the dam, and that the origin of the antibodies in the calf were maternal, rather than a response to infection.

We retrospectively collected pharmacokinetic data of all patients treated for MAC lung disease in the Adult Care Unit at National Jewish Ceftin Normal Dosage Health, Denver, Colorado, in the January 2006 to January 2010 period; we retrospectively calculated areas under the time-concentration curve (AUC). Minimum inhibitory concentrations (MIC) of their MAC isolates were retrieved for pharmacodynamic calculations.

Screening and treatment of Topcef Antibiotic tuberculosis in prospective migrants from Vietnam, in the framework of the Orderly Departure Programme.

Patients with active TB diagnosis were randomized to a drug control group and a trial group on drugs plus an herbal formulation. Isoniazid, rifampicin, pyrazinamide and ethambutol for first 2 mo followed by continuation phase therapy excluding Pyrazinamide for 4 mo comprised the anti-tuberculous treatment. Curcumin enriched (25%) CL and a hydro-ethanolic extract enriched (50%) TC 1 g each divided in two doses comprised the herbal adjuvant. Hemogram, bilirubin and liver enzymes were tested initially and monthly till the end of study to evaluate the result.

Pulmonary infection due to Mycobacterium malmoense can be difficult to diagnose. These difficulties can be responsible for a delay in the implementation of optimal treatment. Moreover, the treatment is not standardized.

In this study, the 7H10 agar proportion method was compared with the BACTEC TB-460 and BACTEC MGIT 960 systems (BD Biosciences, USA) for the susceptibility testing of 22 genetically characterized Mycobacterium tuberculosis isolates for isoniazid, rifampin, streptomycin, and ethambutol. The 7H10 agar proportion method agreed with the resistant genotype in 87.3%, BACTEC TB-460 in 92.7%, and the MGIT in 96.4% of the cases, showing the high sensitivity of MGIT in the detection of resistant isolates.