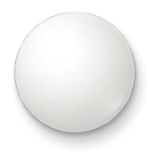 Hifen is a cephalosporin (SEF a low spor in) antibiotic. It works by fighting bacteria in your body.

Hifen is used to treat many different types of infections caused by bacteria.

Hifen may also be used for purposes not listed in this medication guide.

Hifen works best if you take it with a meal or within 30 minutes of a meal.

The Hifen chewable tablet must be chewed before you swallow it.

This medication can cause unusual results with certain lab tests for glucose (sugar) in the urine. Tell any doctor who treats you that you are using Hifen.

Use this medication for the full prescribed length of time. Your symptoms may improve before the infection is completely cleared. Skipping doses may also increase your risk of further infection that is resistant to antibiotics. Hifen will not treat a viral infection such as the common cold or flu.

The most common side effects associated with Hifen are:

Bacteria isolated from respiratory tract infections were collected in cooperation with institutions located throughout Japan, since 1981, and the Ikemotor et al. have been investigating susceptibilities of the isolates of various antibacterial agents and antibiotics, and the relationships between the isolates and backgrounds of the patients and so forth each year. We discuss the results in detail. In 20 institutions around the entire Japan from October 1993 to September 1994, 584 strains of bacteria were isolated mainly from sputa of 473 patients with respiratory tract infections and presumed to be the etiological agents. MICs of various antibacterial agents and antibiotics were determined against 91 strains of Staphylococcus aureus, 98 strains of Streptococcus pneumoniae, 122 strains of Haemophilus influenzae, 91 strains of Pseudomonas aeruginosa (non-mucoid), 34 strains of Pseudomonas aeruginosa (mucoid), 42 strains of Moraxella subgenus Branhamella catarrhalis, 25 strains of Klebsiella pneumoniae etc., and the drug susceptibilities of these strains were measured except the strains which died during transportation. 1. S. aureus S. aureus strain sfor which MICs of methicillin was higher than 4 micrograms/ml (methicillin-resistant S. aureus) accounted for 56.0%, but this frequency of the drug resistant bacteria was lower than the previous year's 61.4%. Arbekacin and vancomycin showed the highest activities against MRSA and MIC80s were 1 microgram/ml. 2. S. pneumoniae Benzylpenicillin among the penicillins showed potent activities against S. pneumoniae. Cefuzonam, cefotaxime and cefmenoxime among the cephems showed excellent antimicrobial activities against S. pneumoniae. Imipenem; carbapenems, showed the most potent activity, and MIC90 was 0.063 microgram/ml. 3. H. influenzae All the drugs tested were quite active against H. influenzae. Cefotaxime, cefmenoxime, cefuzonam and cefixime among the cephems showed the most potent activities, and MIC90 were 0.063 microgram/ml against H. influenzae. Ofloxacin also showed MIC90 of 0.063 microgram/ml. 4. P. aeruginosa (mucoid) Tobramycin showed the most potent activity against P. aeruginosa (mucoid), and MIC80 was 1 microgram/ml. Ceftazidime, cefsulodin, imipenem, aztreonam, gentamicin and ciprofloxacin showed potent activities with MIC80s of 2 micrograms/ml. 5. P. aeruginosa (non-mucoid) Tobramycin showed the highest activity against P. aeruginosa (non-mucoid), and MIC80 was 1 microgram/ml, followed by ciprofloxacin with MIC80 of 2 micrograms/ml. Comparing to activities against P. aeruginosa (mucoid), all the drugs tested had relatively low activities against P. aeruginosa (non-mucoid). 6. K. pneumoniae. The activities of all drugs except ampicillin and minocycline were high against K. pneumoniae. Cefozopran, imipenem and carumonam showed the highest activities and MIC80s were 0.125 microgram/ml. Flomoxef showed the next highest activities with an MIC80 of 0.25 microgram/ml. 7. M.(B.) catarrhalis Imipenem showed the most potent activity against M.(B.) catarrhalis, with an MIC80 of 0.063 microgram/ml, followed minocycline and ofloxacin with their MIC80s of 0.125 microgram/ml. We also investigated year to year changes in the background of patients, as well as types of respiratory infectious diseases, and the etiological agents. As for patients background, there were many infectious diseases found among patients a high age bracket, and the patients over age 60 accounted for 61.3% of the diseases. The distribution by respiratory tract infections was as follows: chronic bronchitis and bacterial pneumonia accounted for the greatest numbers of cases with 31.1% and 26.0%, respectively, followed by bronchiectasis with 10.4%. In this year chronic bronchitis under age 29 were 41.7%, thus was much higher than 12.5% in previous year. This marked change was first noted in your research during the recent 5 years. As for frequencies of etiologic bacteria by respiratory tract infections, S. pneumoniae (ABSTRACT TRUNCATED)

The goal of this study was to determine the prevalence of Clostridium difficile diarrhea (CDD) and the risk for CDD associated with different oral antibiotics commonly used in the ambulatory care setting.

Despite receiving HIV/STI prevention services, bacterial STIs remain prevalent among FSWs suggesting the need for more effective management of STIs. The guidelines for management of STIs need revision in view of the emerging resistance.

A retrospective study was conducted on infants<3 months of age with positive urinalysis results, together with a positive urine culture from a catheterized specimen and seen in the Emergency Department from 2007 to 2012. Demographics, clinical and microbiology (microorganism isolated and antibiotic susceptibility) data were collected. The complications rate (bacteremia, bacterial meningitis, renal abscess, surgical intervention, Intensive Care Unit admission, or death) were calculated for the overall sample and for different age groups (<29, 29-60, and 61-90 days).

One hundred six patients with acute, uncomplicated lower urinary tract infections participated in a randomized study that compared cefixime (one 400-mg tablet once daily) with trimethoprim (160 mg)/sulfamethoxazole (800 mg) (one tablet every 12 hours). Two cefixime recipients and 3 patients given trimethoprim/sulfamethoxazole had courses that were not evaluable for efficacy. At five to nine days post-therapy, 98 percent of the patients in each treatment group had clinical cure and bacteriologic eradication. At four to six weeks post-therapy, 87 percent (34/39) of the cefixime-treated patients and 83 percent (33/40 Buy Gimalxina Mexico ) of those given trimethoprim/sulfamethoxazole had clinical cure and 90 percent (35/39) and 93 percent (37/40) of the patients in the respective treatment groups had bacteriologic eradication. Adverse clinical experiences or changes in the results of laboratory tests were few. Thus, a once-daily dose of cefixime was as safe and as effective as a twice-daily regimen of trimethoprim/sulfamethoxazole.

We analyzed Streptococcus pneumoniae isolates in Gifu prefecture between November 2004 and December 2004. We analyzed isolates of 160 strains from 8 medical facilities to determine antibiotic susceptibility, genotype of penicillin-binding protein (PBP) genes and macrolide resistant genes, and the serotypes of penicillin-resistant S. pneumoniae (PRSP). When referred to the Cefadroxil Medicine classification in CLSI (formerly NCCLS), the overall incidence of penicillin-susceptible (PSSP), penicillin-intermediate (PISP) and penicillin-resistant (PRSP) were 48 (30.0%), 81 (50.6%) and 31 (19.4%) strains, respectively, and the susceptibility distribution to benzylpenicillin showed triplet peaks. The incidence of PISP and PRSP was higher in the material of throat and nasal cavity, and area of Chuno and Gifu district. The sum of the incidence of PISP and PRSP was slightly higher in inpatient-derived stains than outpatient-derived strains. The incidence that didn't possess mutations in PBP genes and macrolide-resistant genes was 6 (3.75%) and the others 154 strain (96.25%) had abnormal PBP genes or macrolide-resistant genes. The 90% of pneumococcal serotypes of PRSP 31 strains were serotype 6 (14 strains, 45.2%), 19 (7 strains, 22.6%) and 23 (7 strains, 22.6%). The MIC90 of each antibiotics was as follows; 0.1 microg/mL for panipenem, 0.2 microg/mL for imipenem and tosufloxacin, 0.39 microg/mL for meropenem and gatifloxacin, 0.78 microg/mL for amoxicillin, cefteram and cefditoren, 1.56 microg/mL for piperacillin, cefcapene and levofloxacin, 3.13 microg/mL for flomoxef, 6.25 microg/mL for cefdinir and cefotiam, 12.5 microg/mL for norfloxacin and minocycline, 25 microg/mL for cefixime, and 100 microg/mL for clarithromycin.

the rate of UTIs among renal Metrogyl 400 Mg transplant recipients was noticeable in this study with high antibiotic resistance. Multi-resistant bacterial infections are potentially life-threatening emerging problem in renal transplantation. Prophylactic measures must be applied to patients at greater risk.

The drug susceptibility pattern of klebsiella species and Escherichia coli to cephalosporins was Indikasi Mediklin Gel examined in the year 2004 and 2005. A total of 180 klebsiella and 220 E coli in 2004 and 95 klebsiella and 210. E coli in the year 2005, isolated from various clinical specimens were studied. Resistance rates among the klebsiella species, ranged from 50.00%-86.36% and 42.10%-84.21% in 2004 and 2005 respectively. Resistance rates among E coli ranged from 46.66%-90.8% and 50.0%-86.66% in 2004 and 2005 respectively. In the year 2005 resistance to cefixime and cefpodoxime significantly increased. Resistance marginally increased to cephalexin, cefuroxime and ceftazidime. Resistance to cefotaxime was considerably low (42.10%) in 2005 compared to 62.96% in 2004. The study highlights the importance of exercising caution in the choice of empirical therapy. It also points towards the need for regular monitoring of resistance pattern in the hospital and temporary withholding of the antibiotic with high resistance so as to prevent the spread of multidrug resistant strains in the hospital and the community.

The study confirmed that significant results were observed in three combinations of cefixime and propolis as compared to infected controls. Propolis acted Dosage Augmentin 875 synergistically with cefixime and enhanced the efficacy of antibiotic and reduced its effective dose in combined therapy.

Urinary tract infections (UTIs) are common among infants and toddlers. Children can be treated effectively with Amoval Suspension 500 Mg short courses (2-4 days) of intravenous (IV) therapy followed by oral therapy. If IV therapy is chosen, use of once-daily dosing may allow outpatient management instead of hospital admission. However, no description of ambulatory treatment with IV antibiotics of UTI among febrile children has been reported to date. We aimed to describe the feasibility and complications of outpatient management with IV antibiotics of UTI among febrile children, at the day treatment center (DTC) of a tertiary-care pediatric hospital.

Five hundred and twenty-eight patients with presumptive acute uncomplicated urinary tract infection (UTI) were randomly assigned to receive cefixime 400 mg once daily, cefixime 200 mg twice daily or co-trimoxazole 2 tablets twice a day for 10 days; 477 completed at least 5 days of therapy. Of the patients 342 (65%) had positive baseline urine cultures, yielding 353 pathogens. A microbiological response was determined for 280 pathogens (79%), eradication being observed in over 94% of isolates; 153 pathogens (43%) were sensitive to both cefixime and co-trimoxazole and eradication was observed in over 96% of cases. Clinical response correlated well with microbiological response. The incidence of diarrhoea and stool changes was higher (P less than 0.005) in the patients who received cefixime once daily than in the other groups. There was a significantly higher incidence of stool changes with cefixime twice daily than with co-trimoxazole (P less than 0.05), but these did not necessitate discontinuation of therapy. Nausea was commoner with co-trimoxazole (P less than 0.05). The majority of pathogens isolated were Escherichia coli, Proteus mirabilis and staphylococci. Approximately 24% of E. coli were resistant in vitro to co-trimoxazole (P less than 0.005). Cefixime 200 mg twice daily is an effective and safe alternative to co-trimoxazole in the management of acute uncomplicated UTI.

In the present study, the susceptibility to some antibiotics was evaluated, and the typing of Neisseria gonorrhoeae strains was also performed. All Neisseria gonorrhoeae (NG) strains isolated from January 2012 to October 2014 were included in this work. Gonococcal isolates were tested for susceptibility according to the recommendations of both the Clinical and Laboratory Standards Institute (CLSI) and the European Committee on Antimicrobial Susceptibility Testing (EUCAST). A total of 65 isolates were typed by the NG multi-antigen sequence types (NG-MAST) technique.